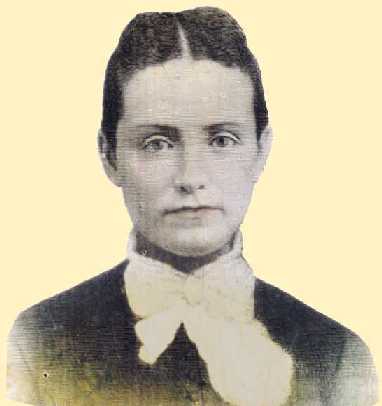 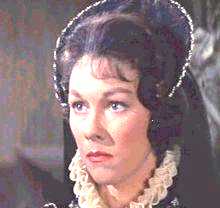 Cointa Larragoite was born about about 1854 in Velarde, NM. Her parents were Benito Anselmo Larragoite and Feliciana Valdes. I don't think that we have ever found a baptismal record for her.

Cointa is an unusual name. I have inquired in Spain about the name and am told that that is a real name, though uncommon, and is not a nickname. I found this information about Saint Cointa on the internet:

A sister from Basque country that I met on a train tells me there was a sister of her congregation named Cointa and that she is a candidate for sainthood. I think that it is possible that Cointa was named for this person. This sister told me that she had taught children with the name Larragoite, but only in Vizcaya. On Feliciana's legal document her name is clearly written as Cocinta.

Cointa married Jose Benito Garcia on January 9, 1873 in San Juan Catholic Church. It is worth noting that he was the son of the sister (Teodora Valdez de Garcia) of Cointa's mother (Feliciana Valdez de Larragoite).

The Church record of their marriage reads:

According to the Census of June 1880, José Benito was Justice of the Peace.

Children of Cointa and José Benito

According to the California Death Index, Emilia G. Martinez, born in New Mexico on February 2, 1878, whose mother's maiden name was Larragoite, died in Los Angeles County on February 9, 1962 at the age of 84 years.

Emilia had at least three children: Mike, Connie and Marina. Connie 'went crazy' at some point and was put in a special facility in Camarillo in California. Marina married a Mr. Anderson who divorced her. Their daughter was the movie star Luana Margo Anders (May 12, 1938-1996). She died of breast cancer.

Emilia's great niece, Adelina remembers her mother's Aunt Emilia as being the original eccentric bag lady who went around the Santa Fe Plaza carrying a carpet bag. A friend of Luana describes her grandmother Emilia as "a proud square jawed woman who used to use the soapbox corner in downtown LA to pontificate from time to time." He writes: "She used to stand on a soapbox and preach - not sure about what, but Luana remembered stories of her being downtown (I think LA, Pershing Square) and she'd go to speaker's corner in those days, and get up on a soapbox and lecture. About what, I don't know. From the pictures I have of Emilia, she wasn't frail in spirit. A little loco, or let's just say women of her era weren't supposed to speak out about anything and she was chastised for it. Marina's brother Mike was a chef in LA, I knew him, he died in the 90's, Luana helped him move into an old folks home. Used to pinch the nurses. She also had an aunt Connie who was crazy, not sure the relation, but Connie was sent to Camarillo where they had an asylum. 'Crazy aunt Connie' was a refrain I heard." Of Luana, he writes that "Marina was married to an Anderson, his name escapes me. He went off to fight in WWII, when he came back, he divorced Marina, remarried and had another family, who oddly enough, never got in touch with her. Shame. Luana really no contact with them over the years. She was a lone star when I met here - blazing her own trail - but I was able to introduce the concept of family into her life, the connections and ties that play themselves out over many years - and we did a little bit of tracking down stuff later on. Luana was a really great pal, and pretty much I continue lighting her flame on a daily basis. She was a wonderful loyal friend, a truly divine spirit, a terrific actress and I can't say enough about her influence on people. I'm in the process of getting one of her scripts financed and made into a film. Luana was a deep philosopher in many ways. She introduced me to Buddhism, which has led me to Tibet and other places, as well as contacting her from the great beyond through a couple of reputable psychics (I put a pic of me and her on my fridge and said aloud "that's the essence of our relationship" - referring to us laughing over cappuccinos in Rome - then lately when I spoke to James V. Praagh he said "she tells me there's a photo on your refrigerator that is 'the essence of your relationship.' -- so... what does that tell you? I speak to her sometimes, I'm sure she appreciates the thought. On her deathbed I asked her where she wanted me to scatter her ashes and she said: 'everywhere you go'. So, I've been around the planet a few times, and so has she - even in Paris, near Notre Dame. The gal gets around. Luana's bday was may 12, and methinks she inspired you to write me." 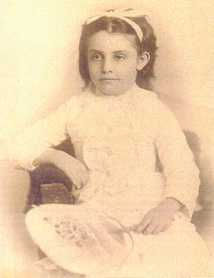 According to LDS microfilm no. 001690 for San Juan de los Caballeros Cointa was buried on April 19, 1884 and her surviving spouse was José Benito Garcia. Margaret Delgado de Ortiz always said that Cointa, her grandmother, died at the age of twenty. This is impossible given the birth dates of her children.