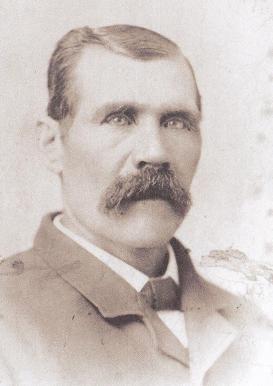 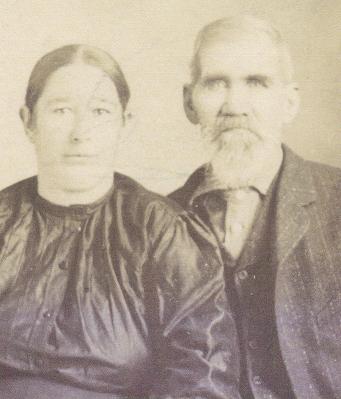 These photos of Ismel Delgado are courtesy of Rose Thompson

I have death certificates for two children of Ismel Delgado and Gregorita Ortiz. One is for Martin Delgado who died at home on South Pacific St. in Las Vegas on August 7, 1924 at the age of 62 years. His birth date is given as November 11, 1861 and his place of birth Las Vegas. He is listed as married but the name of his wife is not given. His occupation is given as general merchant. The cause of death was intestinal obstruction, with a gastric ulcer contributing. His father, Ismael, is given as having been born in Las Vegas and his mother Gregorita Ortiz in New Mexico. He was buried in Mount Calvary Cemetery on August 9, 1924. The informant was Frank Delgado. I also have a death certificate for his wife. She was Mrs. Elena Delgado of So. Pacific Street, Las Vegas, San Miguel County. She died at home on March 22, 1928 of Brights disease, which she had suffered from for two years. She was 50 years, 1 month and 18 days old. She is given as the widow of Martin Delgado and as having been born in on February 14, 1878 to Felipe Quintana and Estefina de Quintana, both of Santa Fe. Her occupation was housewife. She was buried in Mt. Calvary Cemetery. The informant was Felipe Quintana.

Another son was Antonio, who also lived on South Pacific St in Las Vegas. He is given as widowed, but the name of his wife is not given. He died at 4:33 pm on May 20, 1926 at the age of 64. Now the cause of death is given as "being run over by Engine 902 in the ATSF Railway yards while on duty, died in ambulance from injuries received." His date of birth is given as 1862, place of birth N.M. His father Ismael is given as having been born in N.M., as well as his mother Gregorita Ortiz. He was buried in San José Cemetery on May 22, 1926.

I also have a death certificate for a son of Ismel Delgado, but the name of the mother is not given. This was Margarito Delgado who died at home on South Pacific Street in Las Vegas. He is given as male, white, and a widower. His wife is given as Adela Gonzales. His trade was merchant and his business merchandising. He had worked at this job for five years until June 1930. He was born in Las Vegas and his father was Ismel Delgado, born in Rio Arriba Co. His mother's name was not known. The Informant was Joe Delgado of Las Vegas. He died on June 6, 1930 at 9 am. Now the cause of death is given as "poisoning, by drinking poison" "poison taken internally". The onset of this was the day of his death and the contributory cause is given as "insanity" that began two days earlier on June 4, 1930. Where one was to check accident, suicide, homicide, the check is in between suicide and homicide and there is a question mark. He was buried in Mt Calvary Cemetery on June 7, 1930.

The only child I have for Margarito and Adela is Martiniana Delgado was born on October 4, 1907 in Las Vegas, New Mexico. She eventually became Sister M. Ramona of the Sisters of Loretto and died in 1967. In a 1927 letter that Sr Kate of the Loretto Archives she is described as a motherless child who had been with the Sisters of Loretto since she was a tiny child.

Ismel's second marriage was to Manuela Ortiz. Rose Thompson has given me a copy of their wedding record. According to it, in Cebolla, on July 8, 1869, Ismel Delgado, widower of Gregoria Ortiz and the son of Marcos Delgado and Guadalupe Valdez, married Manuela Ortiz, the widow of Cosme Garcia and the daughter of Isidro Ortiz and Sinforiana Madril.

Their daughter Sinforosa married Antonio Gonzales, supposedly a gambler and a drifter, which the family considered unacceptable. They lived in Trementina, east of Las Vegas, NM. Sinforosa in turn married Eduardo Gonzales (at San Ysidro Labrador de Chaperito on November 11, 1892, Las Conchas LDS 190437) and had a daughter called Maria Lourdes Gregoria Gonzales of Santa Fe. Rose Thompson has given me a copy of her baptismal certificate. According to it she was born on October 18, 1904 to Eduardo Gonzalez and Sinforosa Delgado de Gonzales of Santa Fe. She was baptized onOctober 23, 1904 in Saint Francis Cathedral.

I have this information about their children:

I have a marriage for Guadalupe Delgado hija de Ismel Delgado y Ana Aragon con Raymundo Ulibarri (son of José Maria Ulibarri and Maria Candelaria Baca) November 2, 1897 at San Ysidro Labrador de Chaperito (LDS 190437) and a death certificate for Guadalupe. According to it, she was born on February 12, 1882 to Ismel Delgado, born in Santa Fe and Anna M. Aragon, born in Conejos, Colorado. She was divorced. Her husband had been Patricio Monroe. She died at 203 Sapello St in Las Vegas, NM and had resided in the county for 20 years. She died after suffering for 8 days from Lobar Pneumonia on October 21, 1936 at the age of 54 years, 8 months and 9 days. She worked as a housewife in her own home. The informant was William Ludi. She was buried in St Joseph's Cemetery.