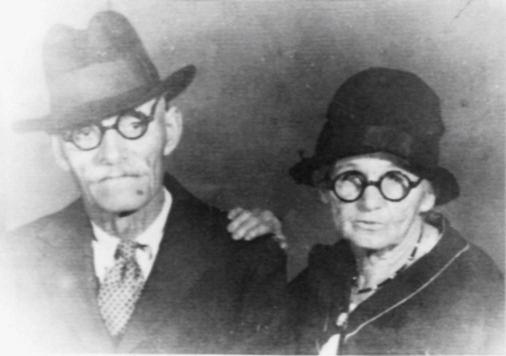 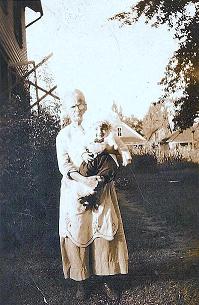 Minerva Hill was a first cousin of Herbert Bradford Hill.

Lesley Ames writes: This is a photo of my great great grandmother Minerva Florence Hill and her husband Augustus Wise Ames. Minerva was born in November 1861 in Illinois. She died September 12, 1938 in Waterloo, Black Hawk, Iowa. The second photo is Minerva too. I haven't been able to collect many stories along this branch. But, a cousin and I are trying to fish some out. Around 19, Minerva was noted as a servant on a family's farm - and Augustus, a farmhand on another. Evidence leads us to believe they met through a Hill cousin (Sarah Hill), who was staying at the same farm Augustus lived. Minerva and Augustus married at 18 and 19 years of age. Augustus was a farmer. They had nine children raised in and around Clay/Tazewell Counties Illinois. Their son James worked at the Pekin Wagonworks company. And, William Tol Ames, my great grandfather was a farmer. Several of the other kids ventured off into new territories ranging from Seattle, California, and Wyoming. During the depression they moved up to Zion, Illinois to seek assistance from their daughter Catherine. Despite their seemingly hard life as midwest farmers; born at the height of the civil war when families split apart; and their struggle through the depression, I suspect both of them were strong-willed and survivors.... just look at that second photo of Minerva. I am sure she was a spit fire!

John and Susannah's children were: