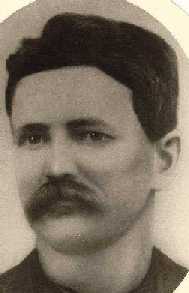 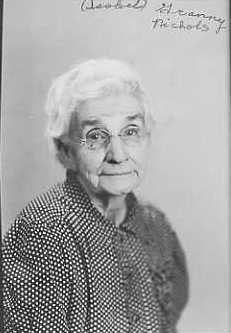 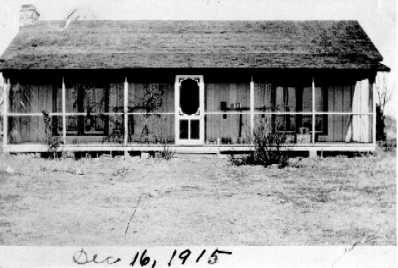 Information about Verbena, Texas found on the internet

VERBENA, TEXAS. Verbena, Texas, is located on Farm Road 2008 about twelve miles northeast of Post in northeast Garza County. The community began in the early 1900s as settlers of area ranches gathered for church meetings. A post office opened in the home of J. B. Cotton on December 16, 1901, and was named after his wife Verbena. The Verbena Baptist Church organized on August 24, 1902, with nine charter members and was reportedly the first church in Garza County. In 1903 residents built a brush arbor for religious meetings, and they constructed a church building in 1904. Twenty or more members belonged to the church, which became the centerpiece of the hamlet and functioned as a facility for various denominations, a community center, and a shelter for travelers. Early families in the area included the Barrow, Cotton, Askins, Nichols, Kennedy, Cravy, Faulkner, and Lindsey families.

A Methodist church was organized in 1906 and held services in the Verbena church building. The Verbena post office closed on December 15, 1912, with the growth of the county seat of Post. In 1922 the Verbena School opened, and classes met in a building located just north of the church. The school closed in 1945 and was eventually consolidated with the Post Independent School District. By the late 1950s the Baptist and Methodist churches had disorganized, and the Verbena church building stood silent. It served as a community center in the 1960s and received a Texas Historical Building Medallion in 1964. By that time, many of the descendants of the founding families had moved away. The community was still identified on state highway maps in the 1990s, but no population figures were available.

The church, however, has a cornerstone, [but since] it's a bit difficult to read, I'll include the text as inscribed:

Children of Milford Riley Nichols and Isabel Sowell were:

Milford Lee Nichols was born in October 1877, Seguin, Guadalupe Co., Texas and married May Retta Lester, born November 7, 1881, in Howell Co. MO. He died of pneumonia in Flagstaff, Cococino Co., Arizona on September 19, 1923. He is buried in Citizen's Cemetery. May Retta died on October 17, 1969 in Albuquerque, Bernalillo Co., New Mexico.

Their son John D. Nichols was born August 29, 1925 and died in 2009. Here is his orbituary: Reverend Doctor John D. Nichols, age 80, flashed that famous smile and closed those twinkling eyes for the final time on this earth on March 13, while at home with his family in Knoxville, Tennessee. John was a beloved man, especially by our Heavenly Father in whom he took comfort during his final few months. John led a wonderful and full life, ever pursuing his visions, dreams, and love for life. He was a man of integrity and an advocate for those in need. Using his spiritual gifts of inspiration and encouragement, he was committed to his family, friends, church and most importantly, his God. He will be greatly missed by his wife of 58 years, Norene Nichols of Knoxville; daughters Jeanne Nichols Gooch of Denver and Judi Moore of Knoxville; sons-in-law Pat Gooch of Denver and Dan Moore of Knoxville; grandchildren Jake and Kotomi Yoshida of Denver; Samantha and Will BoBo of Denver, Tiffani and Adam Swalley of Chicago, John D. Moore of Cleveland, Tenn., Kellyn Gooch of Denver, Connor Gooch of Denver; and great grandchildren Kayuki Yoshida, and Cyrus, Eli, and Ivan BoBo, all of Denver. He is survived by his brother Dale Nichols and wife, Mary, of Whittier, Calif., brother Pete Nichols of Olympia, Wash., and sister Lorae Lucas of Everett, Wash., along with a multitude of loving nieces and nephews. Until recent months, he ministered on behalf of the disenfranchised and needy around the world as director for the Lazarus Foundation in Bristol, Tenn., and served as chaplain for Moore Freight Service in Mascot, Tenn. Although born in California, much of his life and ministry were spent in Cleveland, Tennessee. During his 58-year tenure with the Church of God he served in a variety of roles, including pastor, state overseer, international evangelism director, executive committee and council member, and director of benevolence. He served on various boards and committees within the church organization, including liaison to LeeUniversity. Through his efforts, benevolence ministries impacted thousands around the world and ignited a spark of benevolence within the Church of God that has spread throughout hundreds of congregations. A memorial celebration of his life with the church will be held at the Westmore Church of God in Cleveland, Tennessee, on Monday, March16 at 7:00 p.m.

Their son Dale Webster Nichols, 82, passed away at home on January 7th, 2010. Born in Siloam Springs, AR on June 9, 1927, he became a fireman with service that spanned 35 years in Whittier, CA. Memorial services were held on Tuesday. January 12th at 1:00 p.m. at College Avenue Church of the Nazarene with interment at Rose Hills Memorial Park, Whittier. He is survived by his wife, Mary, son Larry, daughter Cindy, son-in-law Steve Kliewer, and his grandchildren Kelly Kliewer, Amy and Drew Maxwell. As well as by a brother, sister, nephews, nieces, and cousins. He will be missed by many. Published in Whittier Daily News on January 29, 2010.

Their daughter was Annabelle Nichols b. 1918 and Peter Lowell "Henry" Nichols

All could read and write....